The third Thursday of each month, with the exception of January, we meet at 11:00 a.m. for food, fellowship, fun, and enjoyable programs at Hillwood Country Club. The cost is $10 per person.

February 16th speaker will be Nashville attorney, Phil Kirkpatrick, who survived the Boston Marathon bombing in 2013.

If you are an alumnus of West High, you already value the wonderful education we received, and the warm relationships with our classmates.  If you are a visitor to our site, we hope you will enjoy learning about our history, our alumni, and our upcoming events.

“ON THE CITY’S WESTERN BORDER, REARED AGAINST THE SKY, PROUDLY STANDS OUR ALMA MATER AS THE YEARS ROLL BY” 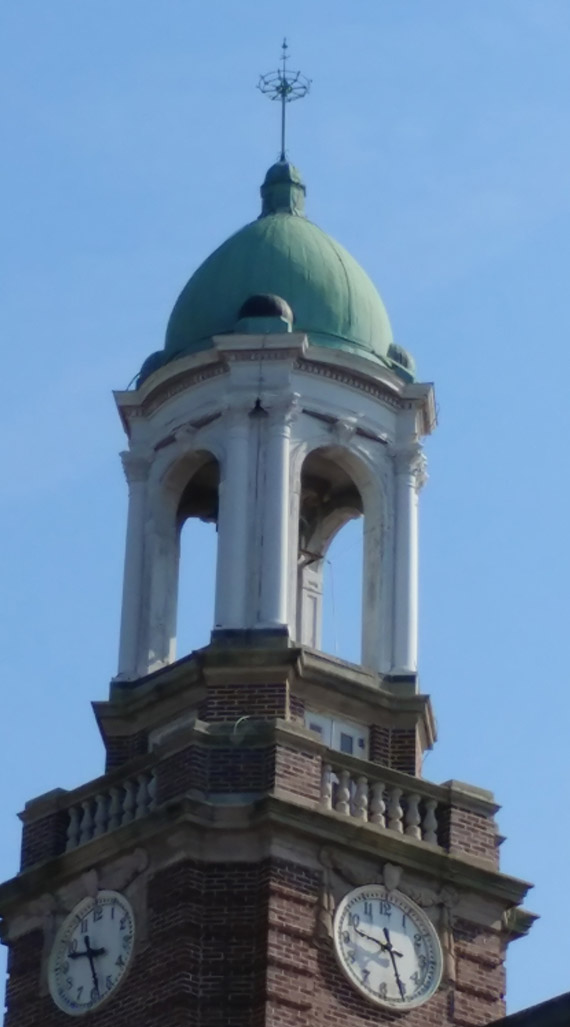 West, which was a Public Works Administration project, opened as a high school in September, 1937, with 823 students in grades 10-12 and a faculty of 30.  The addition of grades 7-9 increased enrollment to 1,025. Dr. William Henry Yarbrough was selected as principal.

The building was formally dedicated in November, 1937 at a ceremony attended by many of the city’s most prominent educational and civic leaders.  The suggestion that the school be named in honor of the Mayor, Hilary E. Howse, was refused by the Mayor, based on the policy of the federal government through the Public Works Administration that no building in which they cooperated was to be named for any living person.  After the mayor died, it was suggested the name be changed to honor Mayor Howse, the students and the PTA protested, and the Board of Education relented.  The graduates even threatened to buy their own special diplomas just to show they were graduates of West!

The name, “West High Blue Jays”, was given by a local paper.  While not popular at first, it remained, becoming part of the West End High School tradition.

1944 saw the first state basketball championship, and the 1946 and 1948 teams were also state champions! The 1954 team is legendary since it came from behind in the last minute of play to win the state championship.   The principal, “Doc” Yarbrough, attended against the advice of his physician, and the team definitely went “All the Way for Doc.”  The trophies in the lobby are a tribute to all who participated in sports at West High.

John Oliver succeeded Doc Yarbrough in 1954 and served for 17 years.

The renovation of the building is fantastic.   We could only dream about having air-conditioned class rooms and an elevator! Of course, the “Sunset Club” bench is still in the office. 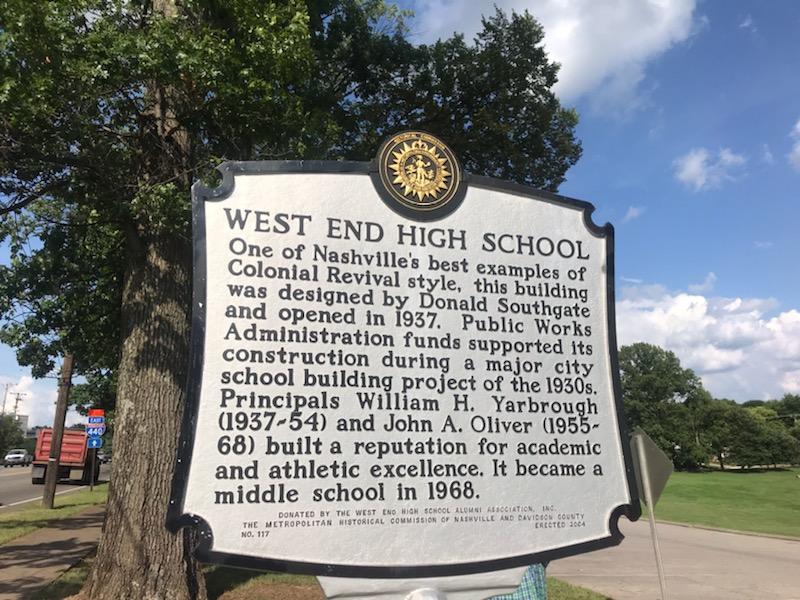 Your Alumni Association is open to all who graduated or attended West End High School, and you are invited to participate in our monthly Lunch Bunch luncheons at Hillwood Club (the third Thursday of each month except January) and our Homecoming every two years.   Please let us know if there is any information you would like to see on our website, and we will try our best to include it.

Our email address is:

“FORWARD EVER BE OUR WATCHWORD, CONQUER AND PREVAIL.
HAIL TO THEE, OUR ALMA MATER,
WEST END HIGH ALL HAIL.” 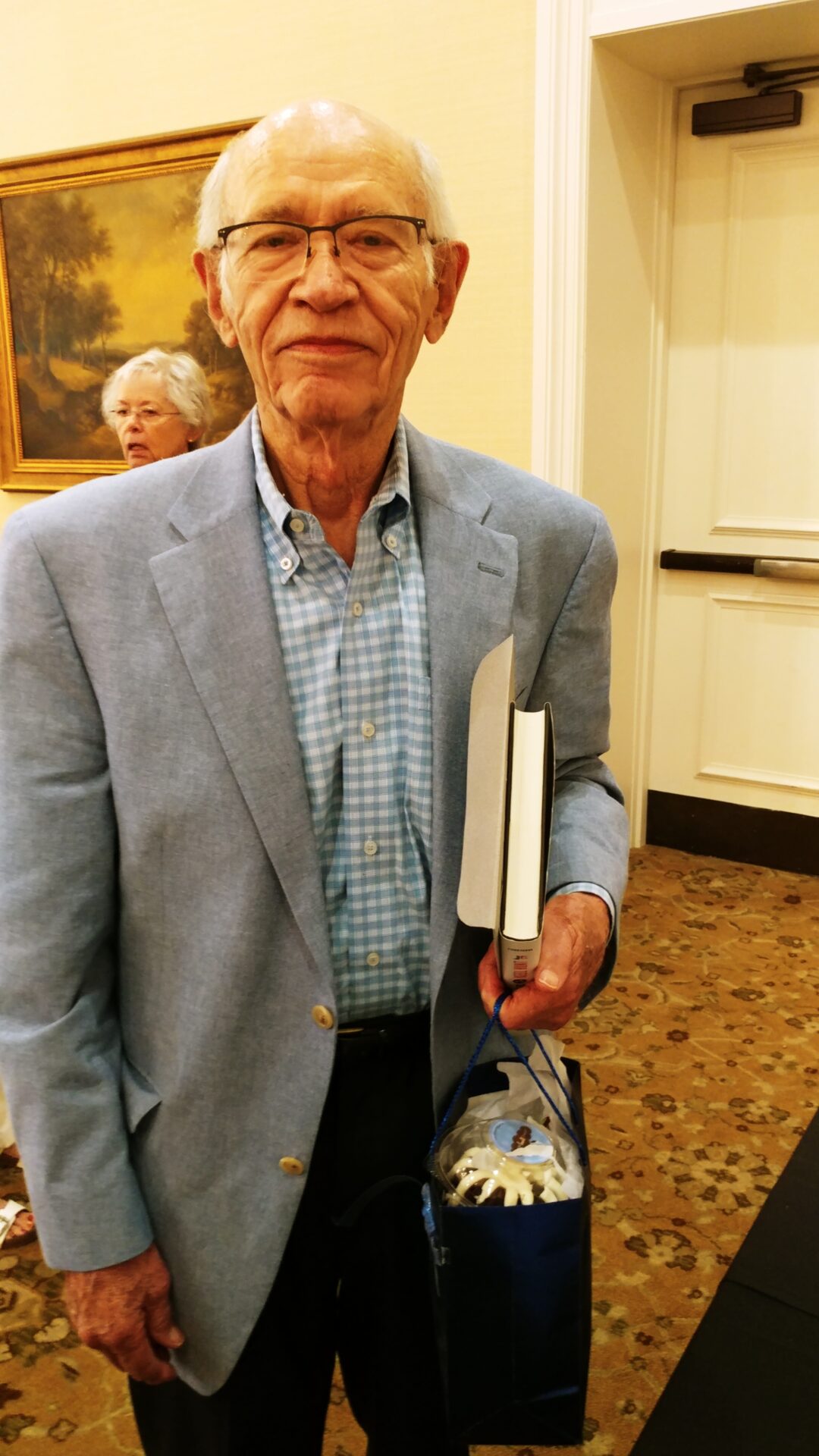 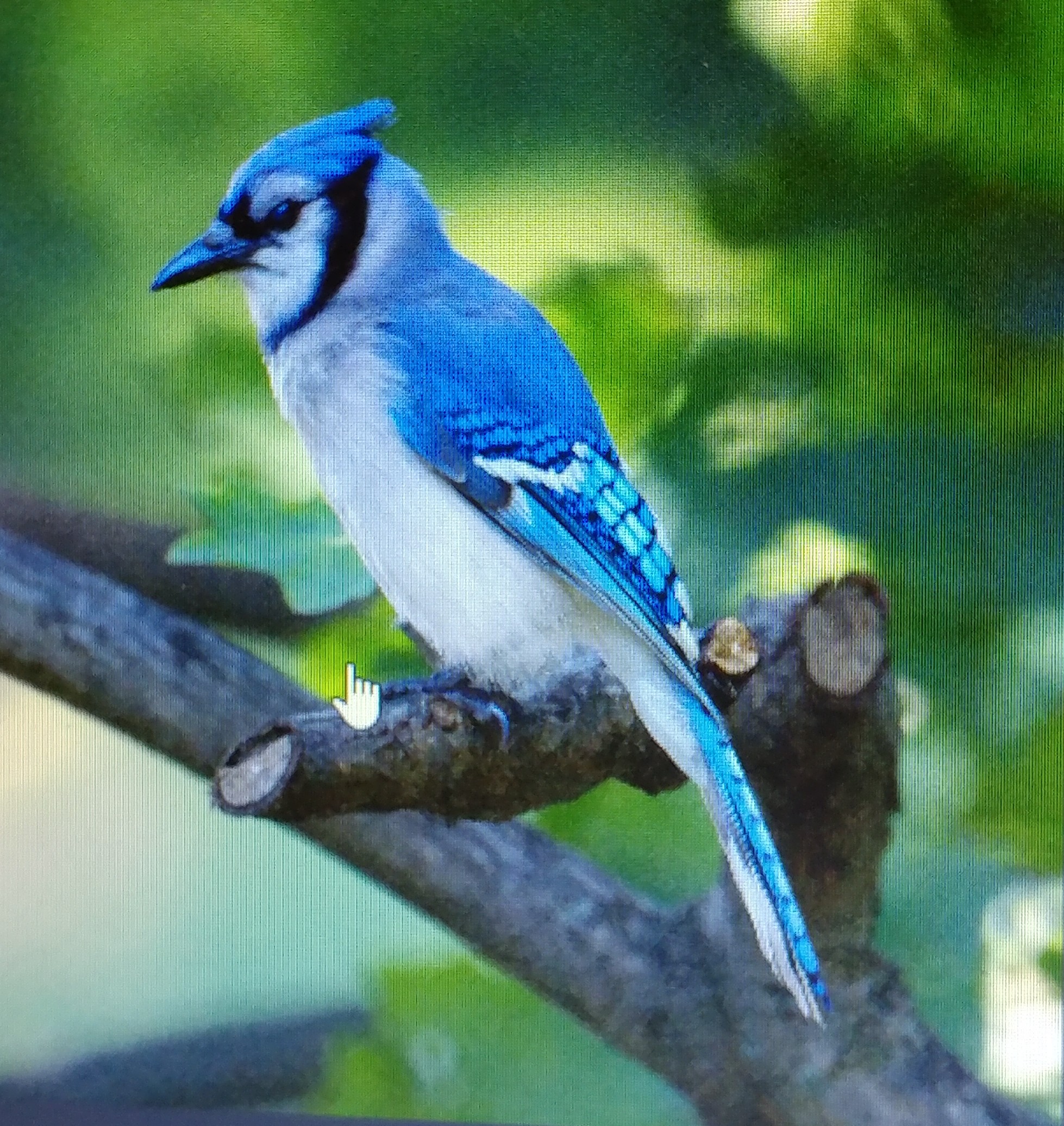 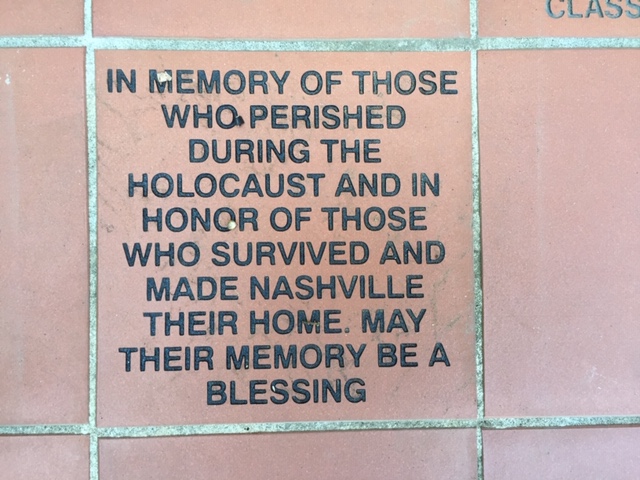 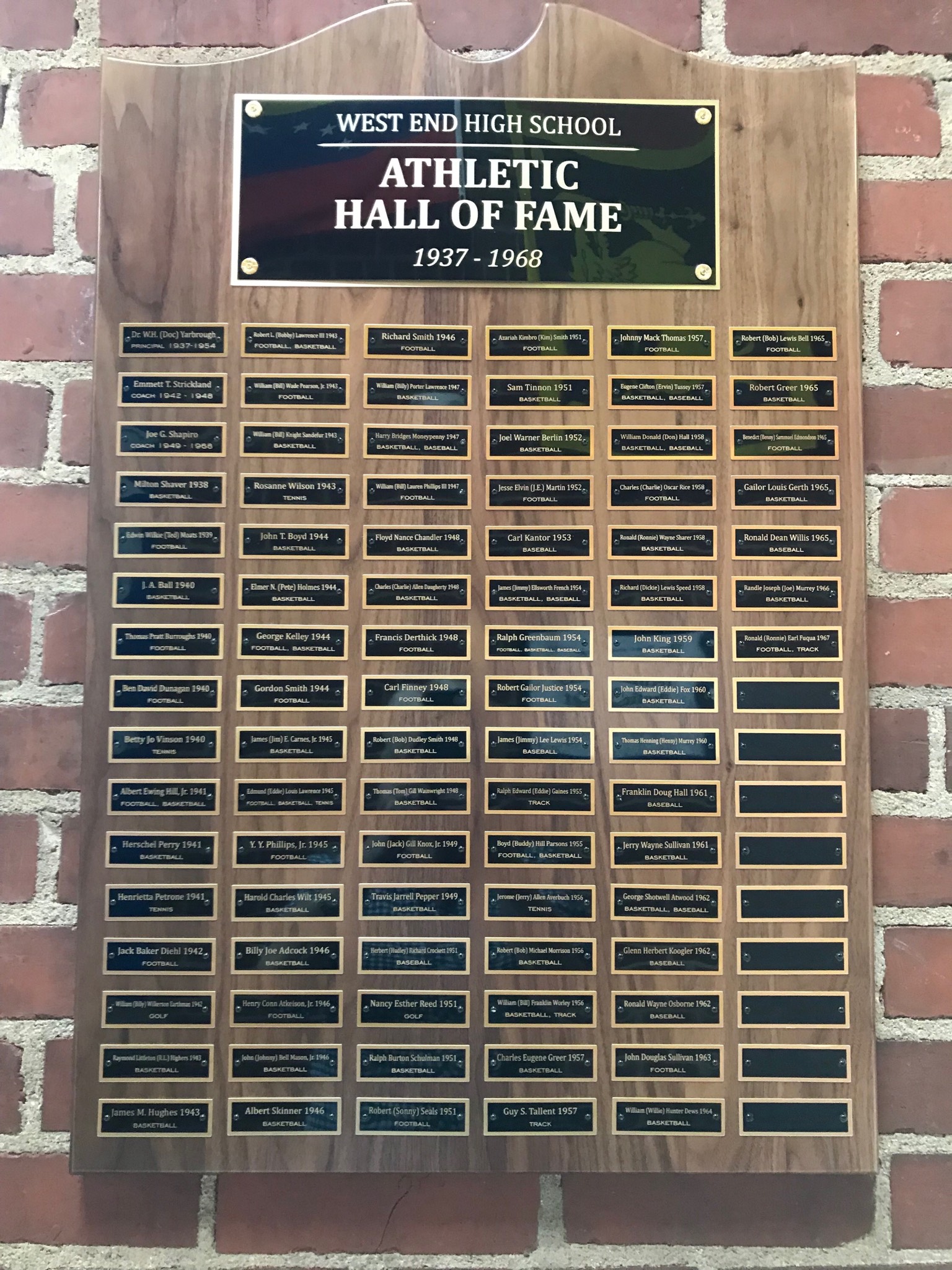 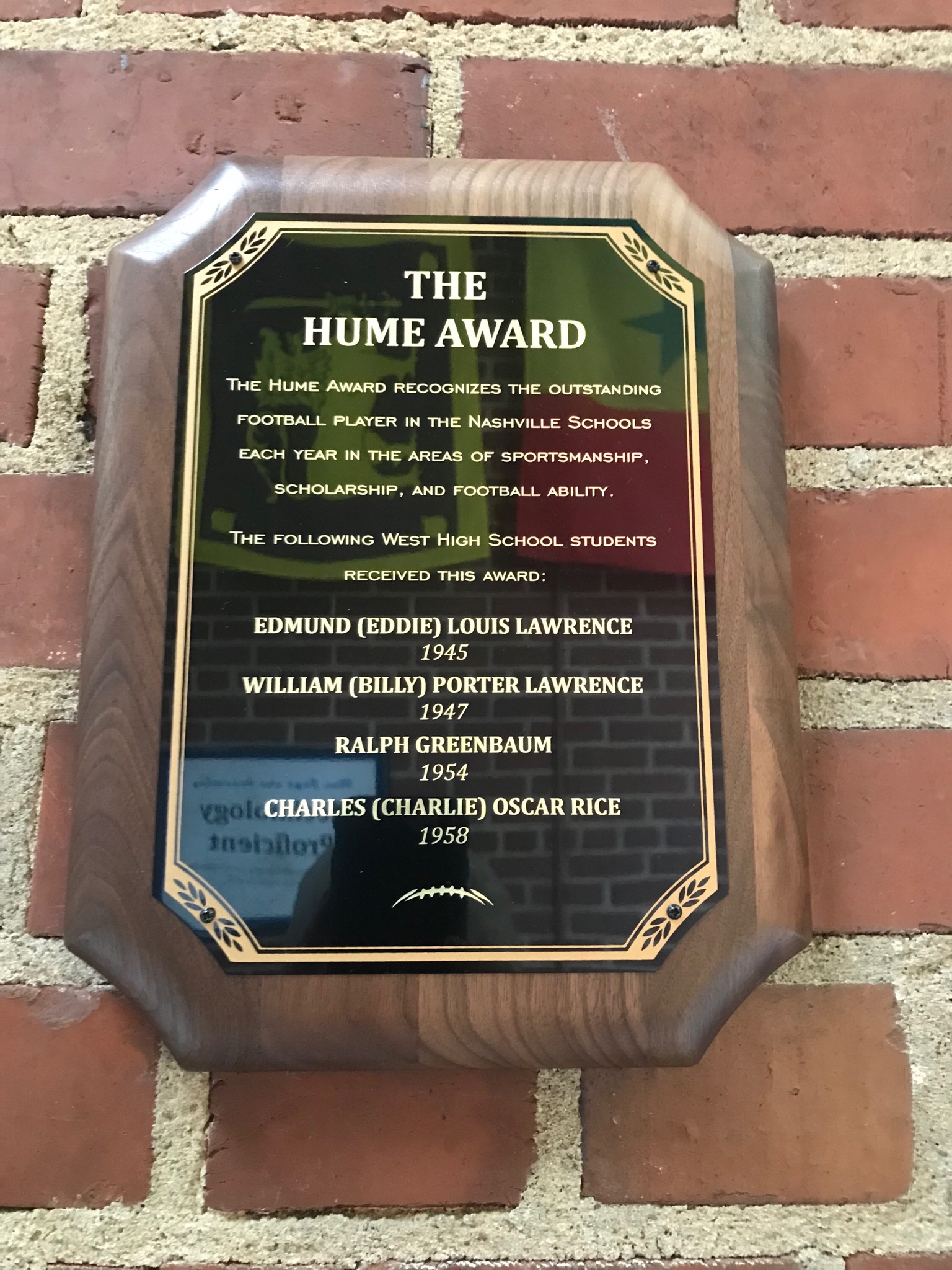 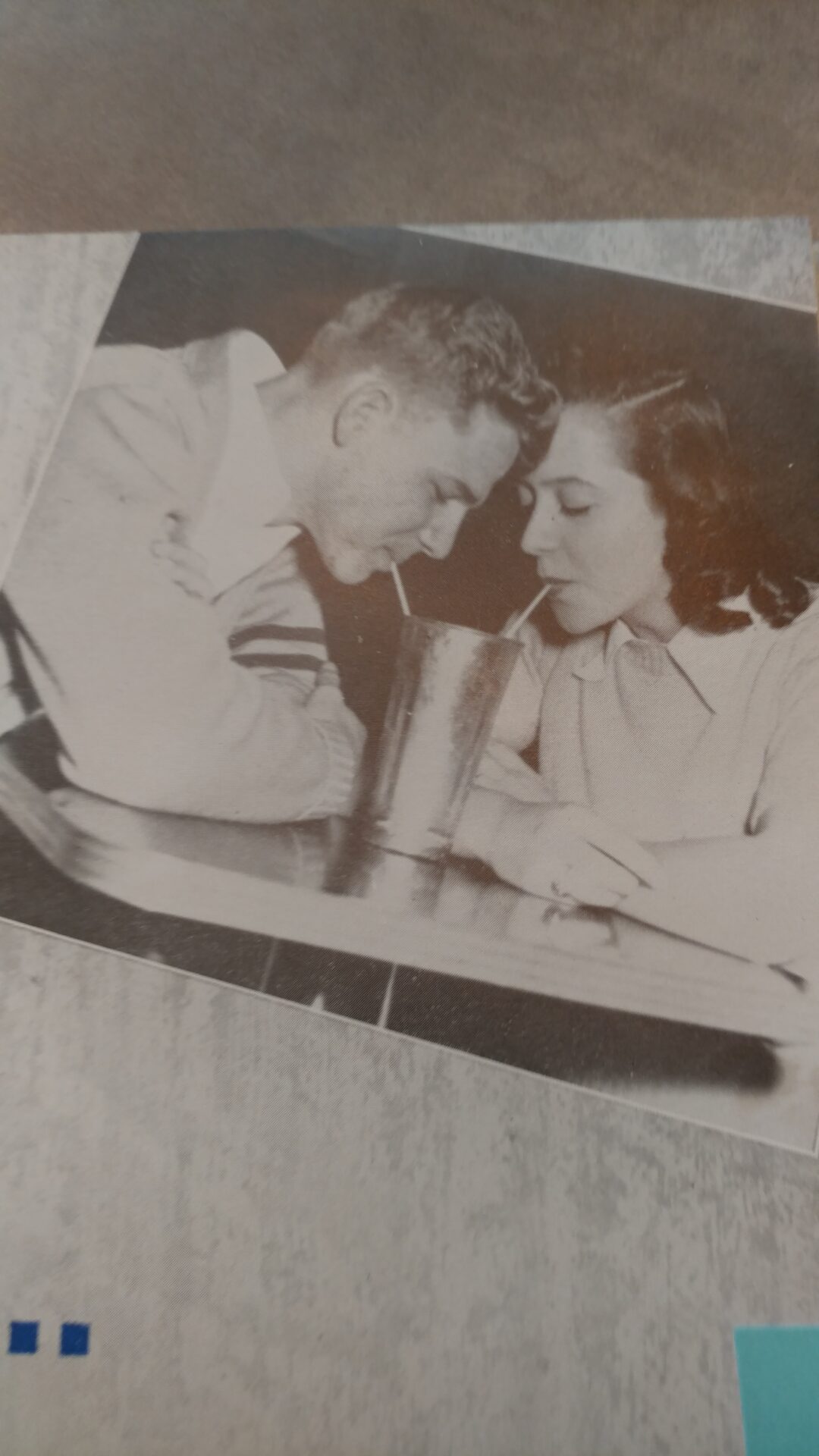 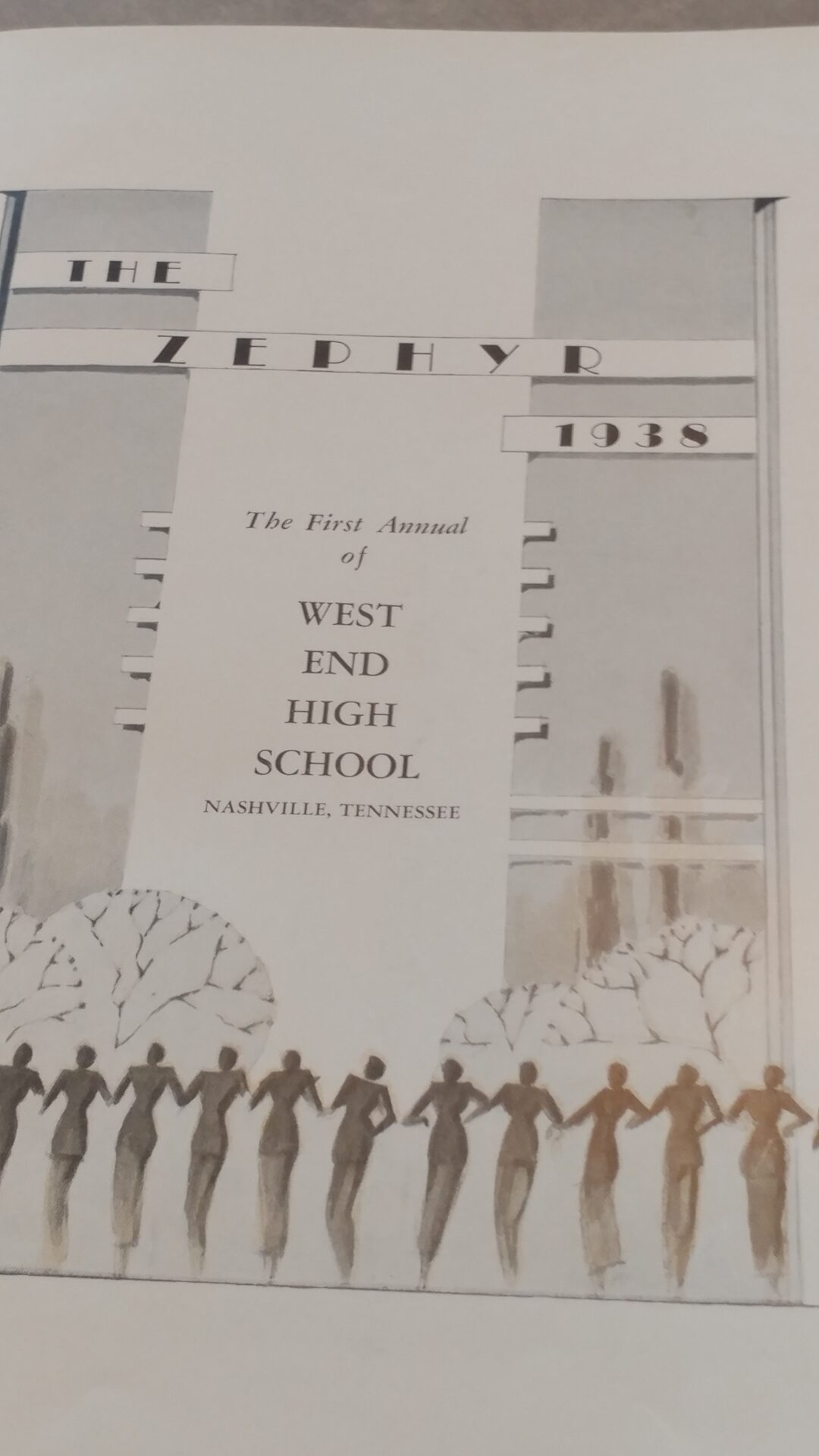